Note to US Visitors: Ignition Poker has recently become the first site to offer Real Money Android Poker to American players. You can read more about the site by visiting our page for US players 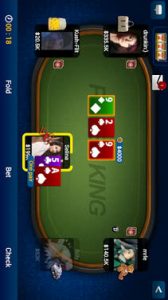 If you’re interested in playing poker on your Samsung Galaxy phone or tablet, you’ll be pleased to know that lots of the big online poker rooms have noted the market for people who want to play poker on their smartphones and tablets, and because Android is the most popular operating system, they’ve made developing a good product for Android users a priority. Some poker rooms have gone for dedicated apps which are downloaded to your device, while other have opted for an in-browser poker experience where you can play right in your phone’s browser. These apps are compatible with play on an iPhone, Android and even on a PC.

The downloadable apps are much better and of the ones on the market, we recommend 888 and Red Kings above all others, with 888 currently the number one site in our opinion. You can visit all three sites by clicking on their names. 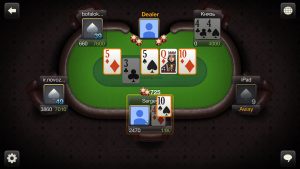 There are some problems with compatibility across the poker rooms and the various Android software releases. One phone in particular, the Samsung Galaxy Ace isn’t compatible with Adobe Air, the software platform on which most poker software packages run, so you won’t be able to play on the sites listed above if you have a Galaxy Ace. Newer phones like the Nexus and the Galaxy S III should have no problems.

The best thing to do is visit whichever site you want to play on and attempt to download and install the software; there are so many different software releases on Galaxy phones that its not entirely clear which apps work with which release, so you’re best off giving it a try.

There are options available to you even if your phone won’t run the downloadable apps. There were a couple of good options for in-browser play, most notably Terminal Poker and Switch Poker but both of these are closed down now. Terminal Poker had recently introduced tournaments and the action there was faster than pretty much any other Android poker site, while Switch Poker offered multi-tabling facilities, something that’s very important to people that quickly get bored playing a single table.